With the increase of the LED chip size and polycrystalline LED the development of packaging design, LED the heat load are also redouble,in addition to this the heat dissipation capacity of plate material, its thermal stability of materials are also affect the LED products’ life.In short, high power LED products loading board material needs to have at the same time the characteristics of high heat dissipation and high heat resistance, so the packaging substrate material becomes the key factor, on the application of traditional LED heat dissipation substrate,Metal Core PCB be widely used. 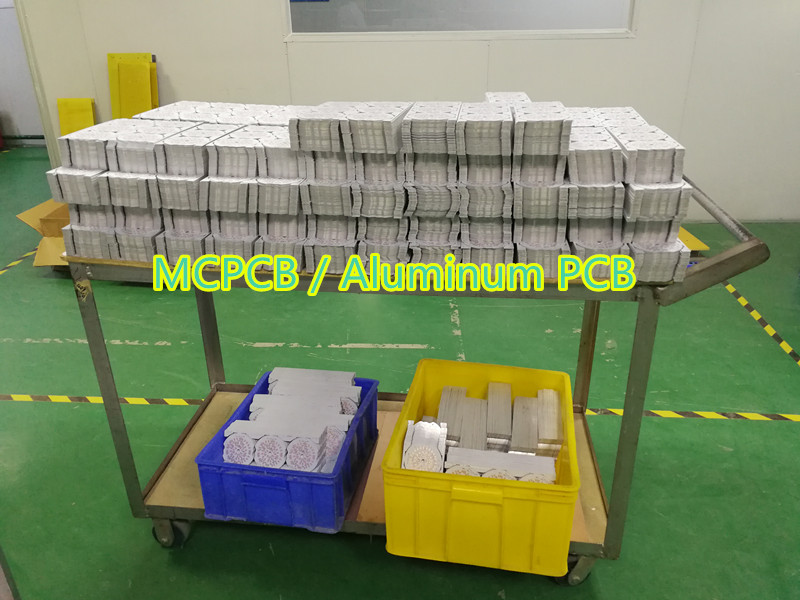 Metal core printed circuit board PCB (you aslo can call it MCPCB,Thermal PCB,Heavy Copper PCB) is kind of PCB board with metal base material instead of woven glass FR4, FR3 or others.There is single sided, double sided, and multilayer board. The most of Metal Core PCB manufacturers are commonly used metal core material is aluminum, copper and alloy. Aluminum is the most frequently used among them due to its good heat transfer ability,dissipation ability and relatively cheaper costs than copper,even which may has a better performance,so it widely was accepted.copper although have better performance,but its cost more expensive,steel is more rigid than both aluminum and copper,it has normal steel and stainless steel,but its thermal conductivity is lower than others,simple speaking,aluminum material is the best choice,even considering from cost,rigidness and thermal conductivity.

There are single sided,two layer and multi-layer mcpcb,the Single sided metal core printed circuit board consists of a metal base (aluminum or copper alloy), dielectric layer, and copper conductor layer. The single layer MCPCB can be used with surface mount and chip & wire components. It provides much lower thermal resistance than FR4 PCB. And the metal core provides lower cost and allows much larger areas than ceramic substrates. 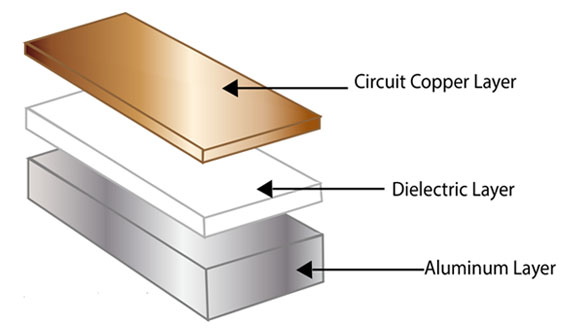 Metal Core PCB is used to replace traditional FR4 or CEM3 PCBs because of the ability to efficiently dissipate heat away from the components. This is achieved by using a thermally conductive dielectric layer.

The prepreg dielectric provides excellent heat transfer from the foil and components to the base plate, while maintaining excellent electrical isolation. The base aluminum or copper plate gives the single-sided substrate mechanical integrity, and distributes and transfers the heat to a heat sink, mounting surface or directly to the ambient air.